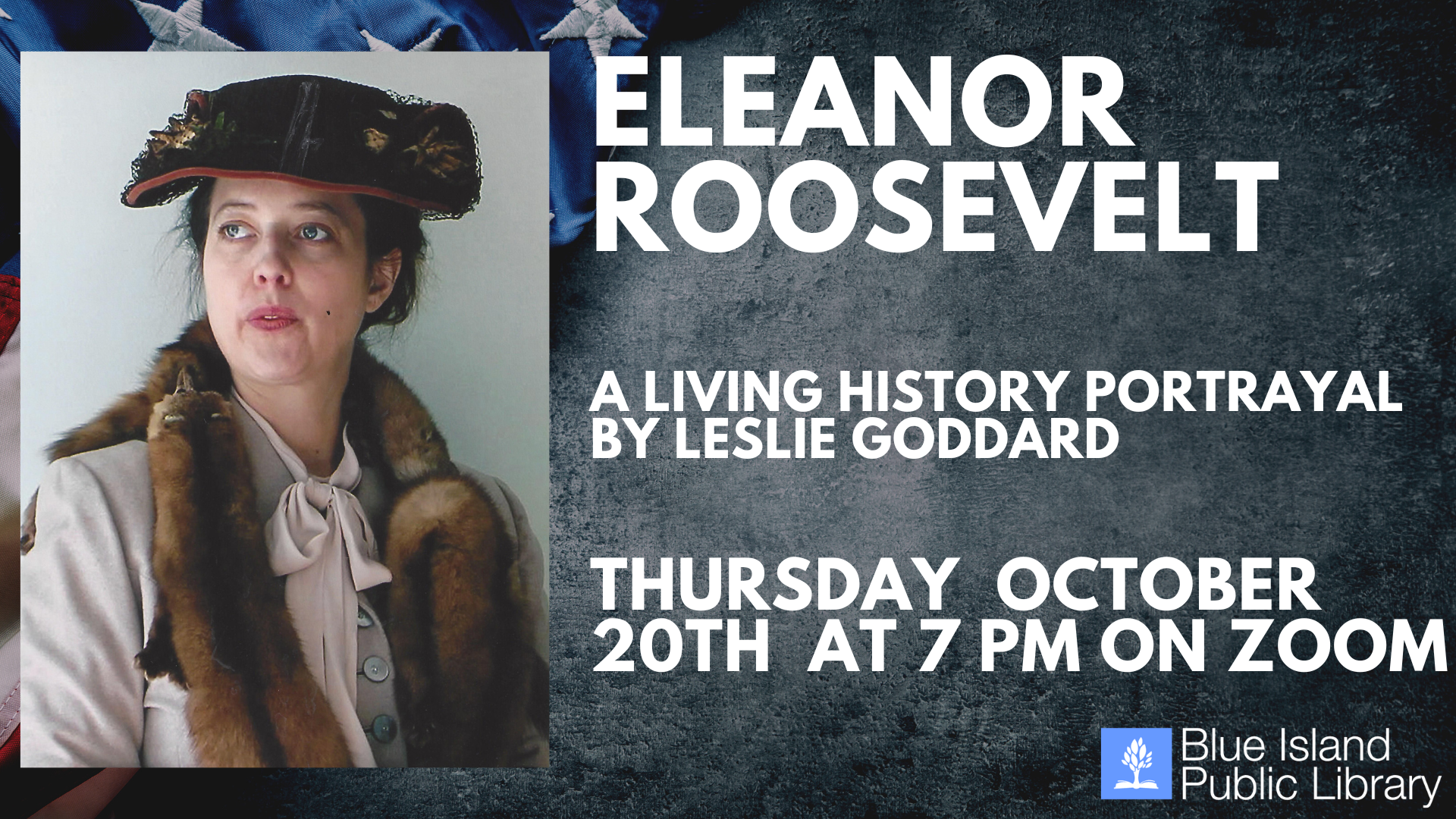 Join us via Zoom to see  a historical portrayal of Eleanor Roosevelt!

Award-winning actress and scholar Leslie Goddard portrays one of the most fascinating and influential public figures of the twentieth century. Born into wealth during the Gilded Age, Eleanor grew from a shy, homely orphan into a confident, driven woman who championed progressive causes and the rights of man. Drawn from Eleanor’s own letters, diaries, newspaper columns, and other writings, this engaging performance captures the warm, honest, and passionate American stateswoman.
Register on our website-
https://blueislandlibrary.org/…/eleanor-roosevelt-an…
Zoom Link-
https://us02web.zoom.us/j/5205090829
Inspired by the book The Autobiography of Eleanor Roosevelt by Eleanor Roosevelt. Also recommended: Eleanor Roosevelt: Vols. 1 and 2 by Blanche Wiesen Cook.
About the Presenter: Leslie Goddard is an award-winning actress and scholar who has been performing living history programs in the Chicago area for more than ten years. She holds a Ph.D. from Northwestern University specializing in American studies and U.S. history as well as a master’s degree in theater. Leslie is a former museum director and educator, and the author of two books on Chicago history. Her nationally recognized presentations have been presented at sites around the country.